Shilling: Bitcoin is Not a Currency

Bitcoin (BTC) has taken a big hit in 2018, plummeting from record highs of $20,000 to below the $6,000 mark. While others may argue that the flagship has hit the floor and is due for a rebound, others believe it will continue to edge lower. According to financial analyst, Garry Shilling Bitcoin is a big Ponzi scheme that will not survive the test of times. In an interview with CNBC, the financial analyst reiterated that they remain short on Bitcoin in their portfolio. According to the analyst, Bitcoin does not meet the basic requirements to operate as a currency let alone command such a hefty premium.

“A currency has to have a store of value. Well, the volatility in Bitcoin I do not think it has a store for value. There has to be medium of exchange, if you want to get to the head of the line in Bitcoin trading you have to pay up,” said Mr. Shilling.

The financial analyst also questioned whether Bitcoin is universally accepted to justify its use in the financial sector. The fact that no one has an idea of the person who invented Bitcoin according to Mr. Shilling also raises serious questions. European Central Bank Executive Board member, Benoit Coeure, has also raised similar concerns about the origin of Bitcoin. According to the board member, Bitcoin is a pure evil spawn as it came into being as the Lehman Brothers was collapsing.

Claims that Bitcoin is a Ponzi Scheme is not something new. Bank of International Settlements head Augustin Carstens also shares similar sentiments. Billionaire investor Warren Buffet has also aired his skepticism about the flagship cryptocurrency. According to Buffett, Bitcoin is “probably rat poison squared”.

Negative sentiments from high profile investors has gone a long way in dealing Bitcoin sentiments a big blow. The cryptocurrency has struggled ever since it plunged below the $10,000 mark in the first half of the year.

Amidst the negative sentiments, a good number of investors agree there is some value in the underlying technology powering the cryptocurrency. Many investors have since turned their attention into investing in blockchain innovations and startups. 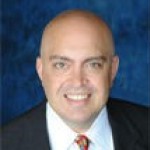